In every story about me people seem to leave some things out – important stuff.  You’d think since I’m such a well known character they wouldn’t, but there you’d be mistaken.

5 Things that weren’t in the story. 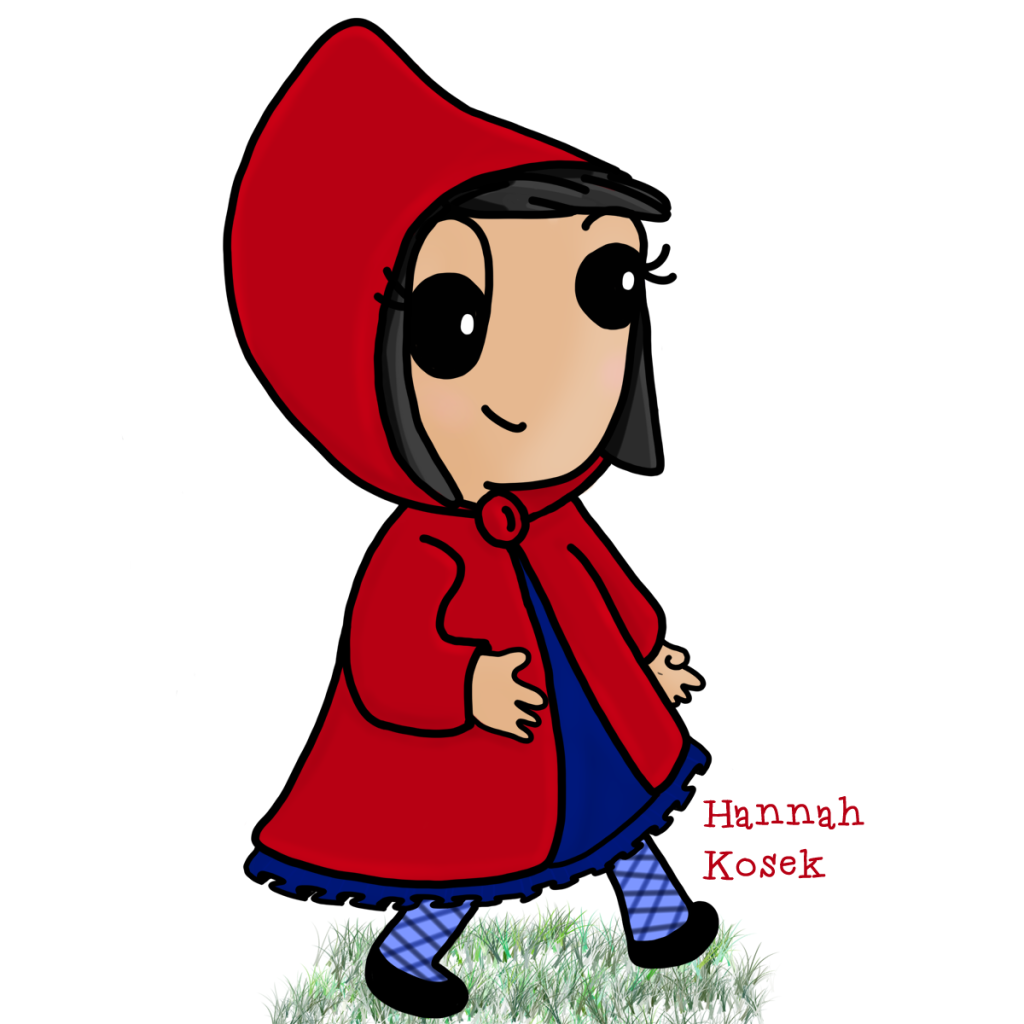 Hope you enjoyed this post. This sketch of Poppy Hood was done digitally on my new tablet. Still getting used to everything, but I had fun making up this post. What do you think?

Keep in the loop and up to date with posts and projects.

From time to time hannahkosek.com may include affiliate links to products featured in my posts.
However posts and featured products seen on hannahkosek.com are never controlled or selected by advertisers or affiliates.
Featured items are products that I personally like, and would share regardless of affiliate partnerships.
If you choose to purchase an item that has been featured from an affiliate link I receive a small commission on that sale.

All the watermarked illustrations, patterns, and designs on my website are created by me and therefore I own the copyright. Please do not use my designs without permission or purchasing a license first. If you are interested in licensing my work please email me.